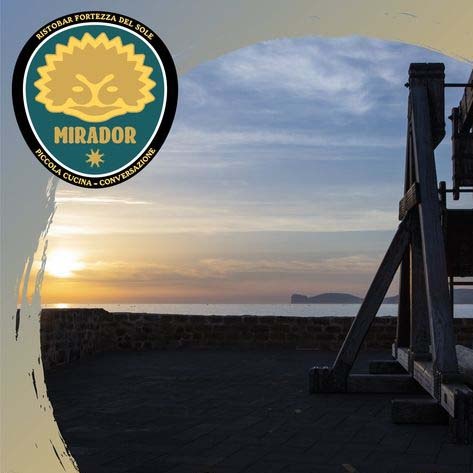 Alghero is the pearl of Sardinia, with its characteristic village, its narrow streets and the history that you breathe along.
If you are planning a trip or you are already in the city and you want some advice on what to see in Alghero, continue reading and you will discover the main beauties and attractions of this fantastic place.
Alghero was dominated by the Spaniards for almost 400 years and has preciously preserved traditions and customs that refer to the Catalan culture, which we also find in the typical street names and in the dialect (L'Alguer is the Catalan name of Alghero), a variant of ancient Catalan contaminated by some Sardinian and Italian influences.

THE HISTORICAL CENTER OF ALGHERO 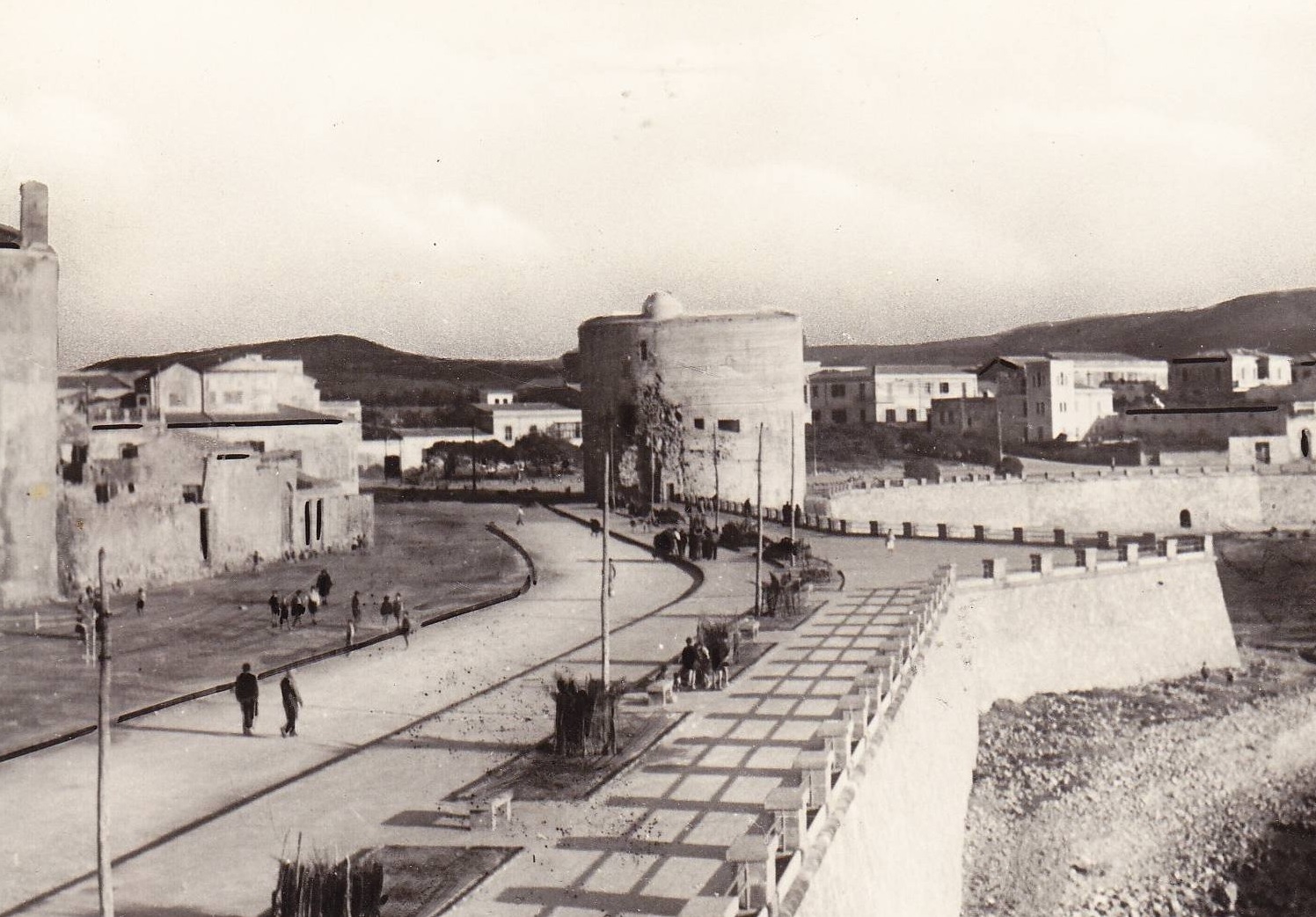 The historic centre of Alghero is unique in its kind in Sardinia, with its picturesque, cobbled streets, historical monuments and many typical shops.
On the other hand, Alghero is known as the "Riviera del Corallo" and red coral is, in fact, the master of the various shops, where the craftsmanship of coral and derivative jewels is a thriving business.
A perfect souvenir for those visiting Alghero, a precious and unique souvenir not to be missed or a perfect gift to give back to loved ones.
The historic centre of Alghero offers corners of rare beauty, but above all unique monuments and points of interest.

On the walk you will meet:
• The splendid Alghero Cathedral of Santa Maria.
• The tower of the bell tower of the cathedral on which you can climb and enjoy the view of Alghero.
• The Coral Museum, to discover and love this type of local handicraft.
• The Church of San Michele with its coloured dome.
• The Church of Santa Barbara, the oldest church in the city.
• The seafront, for a walk on the ancient walls.

Alghero is famous for its ramparts, it is one of the few Italian towns to have preserved the walls intact, with all the history they can tell.

The walk on the ramparts (which take the name of famous navigators, such as Magellano, Marco Polo, Colombo, Pigafetta) has recently been restored, an evocative path from which to admire splendid sunsets and a marvel of nature such as the imposing promontory of Capo Caccia.

THE TOWERS OF ALGHERO

Even the towers are almost intact despite the years: they were built at the beginning of the sixteenth century, in the Aragonese period of the Spanish domination, with a purely strategic-military function and bear its characteristic signs.

Torre di Porta Terra is the only surviving tower not in the sea, the others were dismantled after 1867: it was called Porta Real, marking the entrance to the city from the road coming from Sassari.

Torre di San Giovanni is located towards the sea in the current Via Simon: it is decorated with radial ribs, and it is thought to have been originally higher.

Sulis Tower, also called Torre dello Sperone, is in the square of the same name. It is the first tower to the east and was enclosed in the perimeter of the Sperone fort, demolished at the end of the 19th century. The history of this tower is linked to an event that took place during the night between 5 and 6 May 1412, during which the people of Alghero repelled an attack by the French.

Torre di San Giacomo is also known as Torre dei Cani, as in recent times it was also used as a kennel. It too has typically Catalan references, such as the niche at the entrance and the spiral staircase to access the lower floor.

Torre della Polveriera was built during the dominion of the Savoy and was intended, as the name implies, to be an arsenal for weapons and gunpowder.

Garitta Reale is located near the Torre della Polveriera, it is also called Torre della Campana because of a bell that was placed on the dome and used to warn the sailors of the closure of the access door to the dock.

Torre di Sant’Elmo is dedicated to Saint Erasmus, the saint navigator, whom the people of Alghero have venerated for a very long time. Characteristic is the bas-relief that reproduces the coat of arms of the Crown of Aragon.

The Mirador Restaurant is located on the ramparts of Alghero, so once you visit these wonders of historical architecture, you can book at our restaurant for an aperitif, lunch or dinner.

THE CHURCH OF SANTA CHIARA

It was an integral part of the monastery of the cloistered nuns. Originally it was dedicated to Santa Elisabetta, i.e., to Queen Isabella of Aragon (or Portugal), daughter of King Peter III of Aragon, canonized in 1625 and already founder in Portugal of a cloistered monastery.

In 1852 it was abandoned by the cloistered nuns and became a hospital until 1969 when the latter was transferred; it then became a refuge for the homeless, while the church was vandalized and set on fire, destroying most of the frescoes.

CAPO CACCIA AND THE FORADADA Capo Caccia is a fantastic promontory overlooking the marine area of ​​Porto Conte, characterized by high limestone rocks that plunge into the sea between propped rocks, caves and ravines.

On the eastern side there is the Green Grotto, so called due to the layer of moss and lichen that covers the rocks of the entrance.

The promontory is, in fact, affected by karst phenomena that have given rise to underwater caves, such as the Cave of Neptune, visited by thousands of people.

If we look out over the "sea outside", we can admire the fantastic island of Foradada, so called because it is pierced from side to side by a beautiful cave carved by the waves. The island rises from the depths of the sea up to 150 meters in height and like the sea from which it rises is declared a nature reserve.

THE CAVES OF NEPTUNE

The Neptune Caves are a gift from nature. They are known throughout Sardinia for their beauty, they host evocative environments and fairy-tale scenarios between stalactites and stalagmites that have grown unchallenged over millions of years.
You cannot visit them, you cannot deprive yourself of the beauty of some limestone formations, such as the characteristic Christmas Tree or the Great Organ, the largest column in the cave.

You can do a special excursion for the tour of the Caves that leaves from Alghero’s harbour, or you can use the staircase at Capo Caccia, called “Escala del Cabirol”.

The staircase is carved out of the rock and with its 660 steps runs all the way up to the cave, showing all the wonderful and extraordinary beauty of the rocks overlooking the sea.

An evocative and impressive landscape, which is worth seeing, despite requiring a little effort.

Manage Cookie Consent
This site uses cookies, including third parties, to send you services in line with your preferences. If you want to learn more or deny consent to all or some cookies, read the extended information on cookies. Within the site there is always a link to this information. By clicking on the appropriate button you consent to the use of cookies, otherwise they will remain disabled.
Manage options Manage services Manage vendors Read more about these purposes
Preferences
{title} {title} {title}